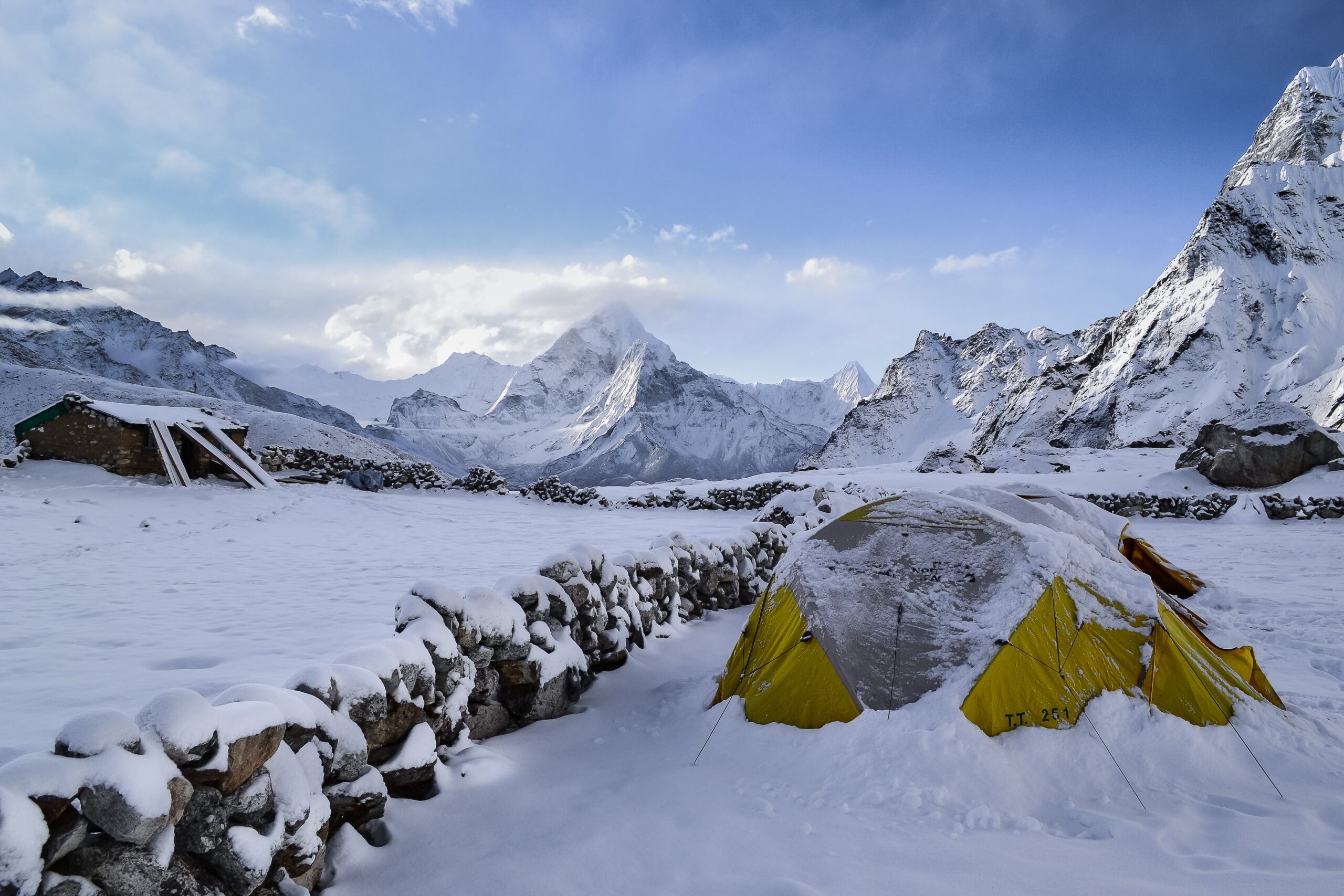 10 of the Best Everest Trekking Routes 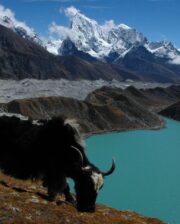 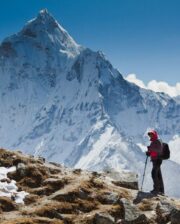 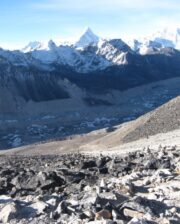 10 of the Best Everest Trekking Routes

Do You want to travel to the Everest Region? Here, we will discuss 10 of the best Everest Trekking Routes.

The Everest Base Camp Trek is a fantastic journey in and of itself, offering a wealth of fascinating sights and enriching experiences. Most of the time, when trekkers sign up for the climb to Everest Base Camp, they are happy with the trek’s inherent qualities.

When it comes to trekking in Nepal, there is a reason why it is the most popular option. Rarely do they understand, though, how to make the trek to Everest Base Camp even more breathtaking. How, therefore, is it possible?

It is achievable by adding side treks to the Everest Base Camp trek’s schedule. There are so many other side hikes that you may do that will take you to the crannies and outskirts of the Everest region. The majority of these are uncharted treasures of Nepal’s hills, thus including them in the schedule gives the typical Everest Base Camp trip a new perspective. These detours increase the number of attractions by two and heighten the adventure and excitement of the journey.

These are 10 of the Best Everest Trekking Routes.

For those who don’t wish to ascend all the way to Everest Base Camp, there is a different journey called the Gokyo Lake Trek. There are just two possibilities remaining for the hikers. The first is to head directly west from Namche to Dole rather than heading in the direction of Tengboche. The hikers then go for a few days, passing through towns like Machhermo and Gokyo, before returning to Namche.

The alternative is to ascend all the way to Kala Patthar by taking the standard Everest Base Camp Trek path. The trekkers then proceed to Dzongla and then Gokyo rather than turning around and going back on the same route.

At Namche, the route combines with the main one. The three primary draws of this route are Cho La, a high-altitude mountain pass, Gokyo Lakes, a collection of numerous high-altitude mountain lakes, and Gokyo Ri, a charming miniature mountain in the area. Therefore, it is on 10 of the Best Everest Trekking Routes. Similar to this, only a select number of the settlements along the road are Khumjung, Thaknak, and so on.

Instead of going back to Machhermo on the Renjo La trip, hikers must continue west from Gokyo towards Lungden. From there, they travel back to Namche via passing through the high-altitude mountain pass Renjo La and a few other villages.

The trekkers pass through Thame village, a peaceful community with religious significance, along the way. The Thame monastery is located in Thame and is very significant to the local Buddhist community. Since Sherpas make up the bulk of the population in the area, learning about their culture and way of life may be worthwhile.

Related Article: Why do Everest Base Camp Trek in 2023

On this trail, hikers can choose to travel from Jiri to Lukla or from Jiri to Everest Base Camp and back. The trek comes to a finish at Lukla itself in each scenario. After reaching Lukla, the trekkers choose to fly back to Kathmandu rather than return by foot to Jiri.

The path from Jiri to Lukla has some historical significance because it was used by Sir Edmund Hillary and Tenzing Norgay Sherpa to ascend to the base camp while climbing Mount Everest. The lovely town of Jiri is located in Nepal’s eastern region. It provides a refreshing environment for weary travelers because it is surrounded by hills and covered in verdant pastures. Therefore, it is on 10 of the Best Everest Trekking Routes.

The trekkers pass through villages like Sete, Junbesi, Nunthala, Bhandar, Bupsa, and others as they make their way from Jiri to Lukla. The trekkers go for about 82 kilometers in 7 to 8 days to complete this short trek. We get to see breathtaking peaks along the way, including Khumbila, Ghyachung Kang, and Mount Everest.

The traditional Everest Base Camp Trek and several more side treks combine to form the Everest Three Passes Trek. At Dingboche, the first of these side trips take place. Instead of traveling directly to Lobuche, we make a loop around the village, passing through the towns of Chukung and Kongma La, the first of the three high passes.

Similar to the previous side trip, at Kala Patthar, we go towards Dzongla from the peak rather than returning to Gorak Shep. We keep on going, passing through passes like Cho La and Renjo La, as well as the settlements of Gokyo and Lungden. The traditional Everest Base Camp Trek is made more extreme and thrilling by the Everest Three Passes Trek.

You will encounter additional attractions in addition to the three high-altitude mountain passes, like the Nangkartshang Peak, a small mountain close to Dingboche. You’ll get to spend more time in the region, in these beautiful settings, because the length of your voyage is increased with the addition of this side trip.

In general, the road to Khumjung is shorter and leads to a greater height than the one that follows. Additionally, the weather is largely tolerable. The journey ensures that the trekkers have the finest time possible even though it does not take them to the Everest Base Camp.

The trekkers continue to get the opportunity to connect with locals and explore many villages and settlement areas. Therefore, it is on 10 of the Best Everest Trekking Routes. They continue to enjoy the most breathtaking views of the local mountains. As they trek through the Sagarmatha National Park, they continue to interact with the local eco system. Additionally, it is always possible to go on side hikes near Namche Bazaar and Khumjung.

The Arun Valley Trek is a tour that starts in Hille, a tiny town in Nepal’s eastern region. The trekking route travels across the Arun Valley, passing through a number of towns along the way, including Dhobane, Phedi, Guranse, and others. Amazing views of the mountains in the Everest region, particularly in the east, can be had from the trekking route.

At Lukla, the route merges with the Everest Base Camp Trek. The hikers have a few options at this point. They could either treat the Arun Valley Journey as a distinct trek, hike from Hille to Lukla, and then take a flight back to Kathmandu, or they could go all the way to the Everest Base Camp and hike back to Lukla.

Arun Valley is a stunning region that is near Sagarmatha National Park and the border of Makalu Barun National Park. The large Arun River, one of Nepal’s most well-known freshwater rivers, cuts through it, covering it in beautiful green forest.

The Makalu Amphu Khumbu trip takes hikers deep into Sagarmatha and Makalu Barun National Parks. The journey begins at Tumlingtar and leads to the base camp of Mount Makalu after passing through various villages including Num, Tashigaon, Khongma, and others. Barun Tse Base Camp is covered by the journey as well. Therefore, it is on 10 of the Best Everest Trekking Routes. After cutting through several settlements, the path finally converges at Pangboche with the Everest Base Camp trek route.

The path takes you to the beautiful Imja Lake by passing through the Amphu Laptsa Pass, which is located at an elevation of 5850 meters, in addition to the Base Camps of Makalu and Barun Tse.

You have two options as a trekker here. You can either do the entire Everest Base Camp expedition. Or treat the ascent of Ama Dablam as a side excursion. Or you can ascend Ama Dablam and then return to Lukla. Similarly, you get to have all the excitement while still having a quick trek.

The Everest region contains a tiny mountain called Island Peak. This 6160 m peak sees a number of trekkers make an attempt to climb it. and many of them succeed in doing so. The exhilaration of climbing the mountain without encountering as many challenges makes Island Peak climbing an intriguing option for the Everest Base Camp expedition. It goes without saying that it increases the trek’s difficulty and makes it rather difficult.

Typically, hikers who have visited Everest Base Camp trek toward Chukung once they have returned to Lobuche. The path continues to diverge from here and leads to Island Peak. The hikers travel from Chukung to Island Peak’s summit and back in a single day. Occasionally, an extra day is spent here, either to give the hikers a day to recover or to allow them to summit the peak if they weren’t able to do so the day before. The eerie perspective of the Everest region from Island Peak’s summit is this location’s main draw.

The Pikey Peak journey is a brief yet excellent hike that allows hikers to reach Pikey Danda’s or Pikey Peak’s summit. In general, the Pikey Peak trek is a standalone trip that just covers the Everest region, although the schedule could be changed to add the Everest Base Camp trek route. Therefore, it is on 10 of the Best Everest Trekking Routes.

In the eastern region of Nepal, in the small settlement of Bhandar, the trekking expedition starts. From there, the hikers travel southeast via towns such as Namkhel, Ngaur, and others. They arrive at Pikey Peak in the end. Phaplu, another picturesque village along the way, is where the journey comes to a close. It is located in the Solukhumbu district of the Everest region, unlike Bhandar.

You will pass through the village of Junbesi on your way to the village of Phaplu. You can either move north, toward Lukla or south, toward Phaplu from this point. The trekkers had two options for finishing their journey. They could go as far as Phaplu, or they could go even further by going as far as Lukla and adding the Everest Base Camp trek route to their itinerary.

The difficulty of the Everest Base Camp journey might be lessened by having an Everest Base Camp trek map. A trek map to Everest Base Camp will keep you on course and help you be better prepared for any hurdles or intriguing sights. Moreover, you may come across this throughout your journey. Having a map will give you the confidence to explore the surrounding places on your own. Even if you will be traveling with a group the entire time. 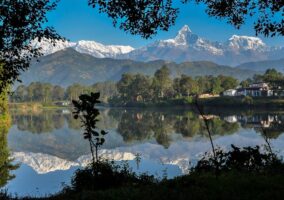 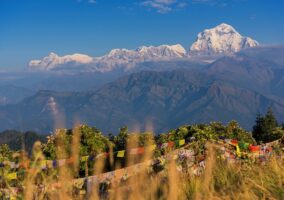 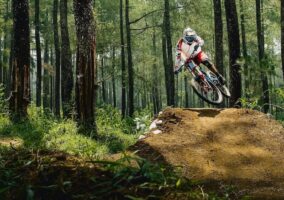