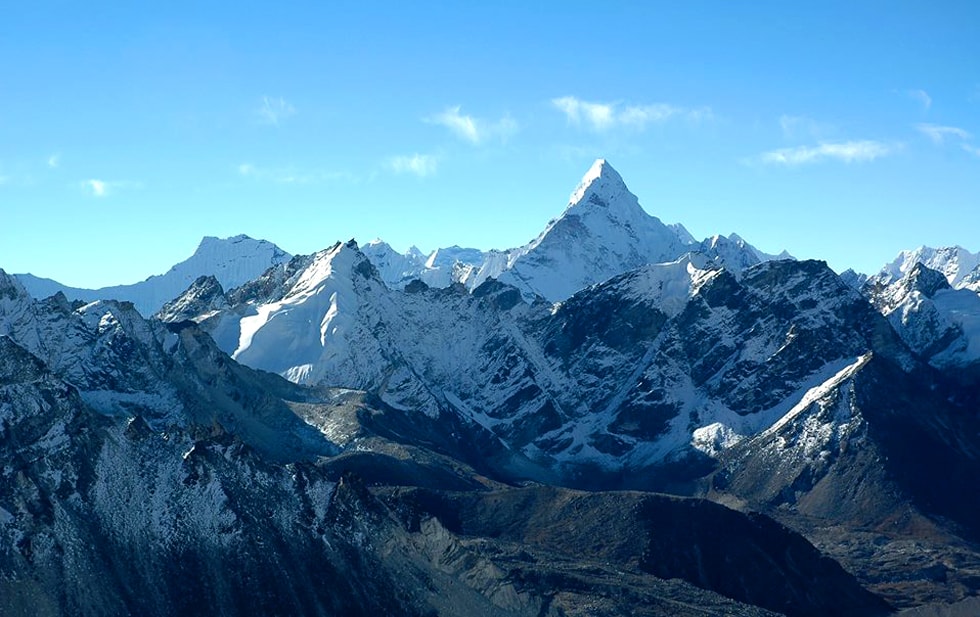 Everest High Pass Trek is a famous trek, set amongst breathtaking high mountain scenery. Everest High pass trek is one of the Challenging and Strenuous treks. You will have the opportunity of doing the best adventure passes during the trek Khangma-La Pass (5535m) Chola-La pass (5368m), Renjo La pass (5338m), and other high lights such as Gokyo Ri, Kalapather, and Everest Base Camp.

Magnificent landscapes, imposing and prestigious peaks, tapering ridges and colorful villages contribute to turning this trek into an unforgettable experience.

From Kathmandu, we fly to Lukla, and the adventure begins as we land at its tiny airstrip. We spend several days trekking through the homelands of the Sherpa people, among the most beautiful mountains. A day is spent at Namche Bazaar, the bustling market town in the heart of Sherpa country, and at Dinbuche a cluster of houses set among the high summer grazing pastures of the region. These rest days allow time to explore further and to acclimatize, an important factor in your enjoyment of the trek.

During Everest High Pass Trek, you will meet friendly Sherpa people, picturesque villages, a great variety of cultures and traditions, colorful festivals, and monasteries. The flora and fauna are other ornaments of the Sagarmatha National Park.

The three-pass trekking is continuously rewarded with dramatic Himalayan scenes, including four of the world’s eight highest peaks; Cho Oyu (8,201m), Makalu (8,463m), Lhotse (8,516 m), and Everest (8,850m), and other mountains. You also have a chance to visit Kalapather (5550m, close view of Everest) and Everest base camp (5364m, Khumbu icefall). After exploring this imaging place, we cross over the Chola-La pass (5368m) to go to Gokyo Valley.

An excursion to the fourth and fifth lakes would be an extra attraction in Gokyo Valley from where the views are great. The Ngozumpa Glacier is the largest in the Nepal Himalayas. The Gokyo Ri (5330m/17487 feet) is considered the best viewpoint in the entire Everest Region. Renjo la pass provides a lifetime memory of panoramic views of Everest and other Himalayan ranges. The Renjo-La Pass route is off the usual beaten track.

At the pass, a great view of the Gokyo lakes on one side, the Rermo Pokhari lakes on the other side, and numerous snowy peaks are in the background, which provides an incredible atmosphere.

After a nice view from the Renjo-La top, the trail descends following Thame valley. We then trek down by making our way back down to Lukla.

What to expect from this trip ?

During your Everest High Pass Trek, you will have a lot of fun. Similarly, the trekking journey is full of one of the most luxurious mountain scenery, well-known Buddhist monasteries, lush valleys rivers flowing effects from the mountain ridges feed with the aid of using the beautiful glaciers the Essence of heaven at the mother earth.

As the trekking starts from the relatively low lands then different treks withinside the location give you amazing acclimatization and exploration through the villages and glaciers withinside the Khumbu region. Everyone should do this trek when they are in Nepal. Similarly, this will be a lifelong experience for you. 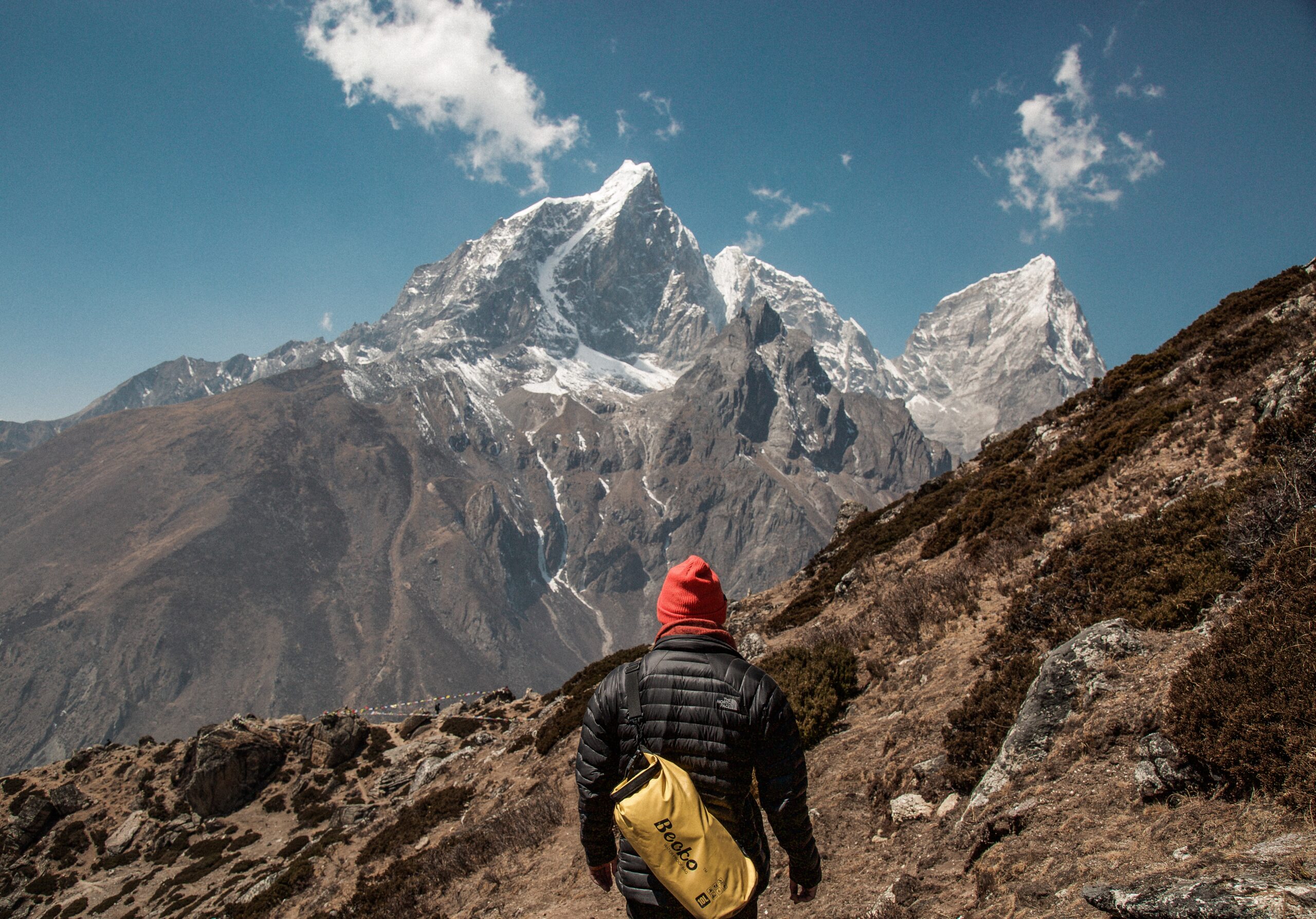 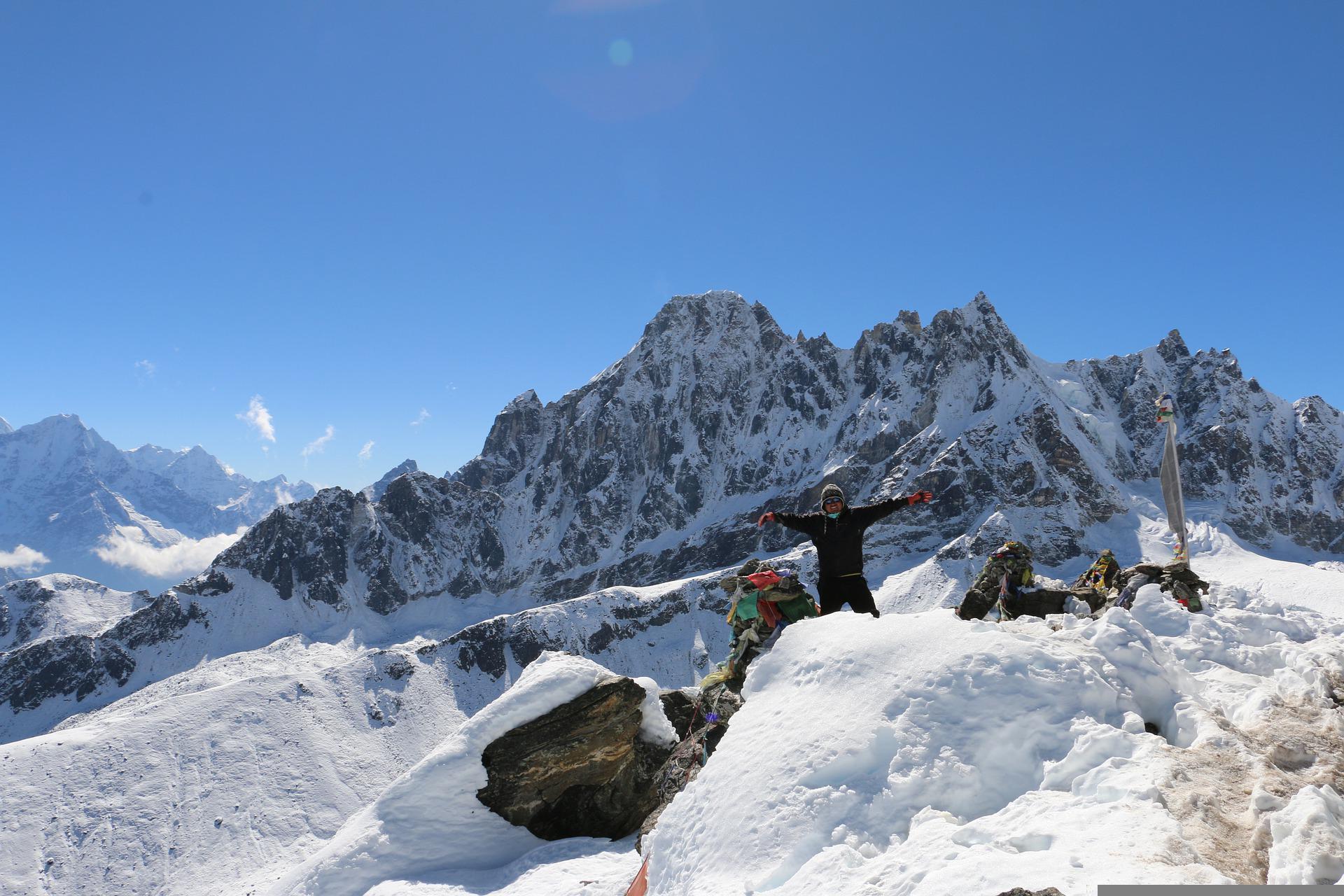 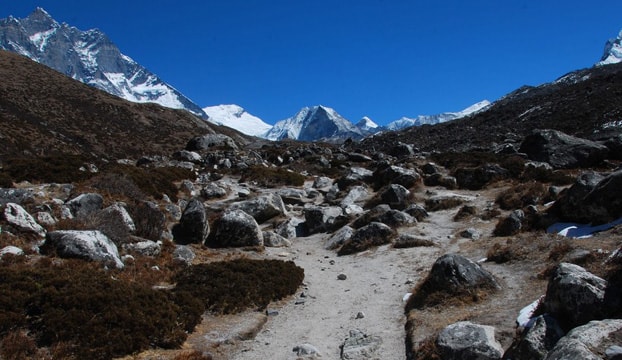 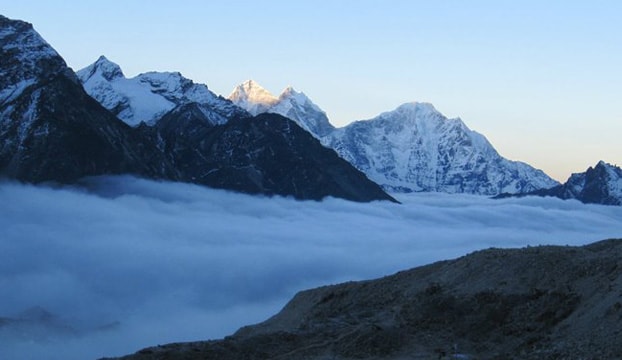 Annapurna Base Camp Trek in June

This has been our second trek with Unique Path Trekking in the last 3 years and the service could not have been any better. This year we went on an 18 day camping trek to Manasalu. Ram, Tilac and the support crew displayed great professionalism in there work and showed concern for our well being throughout the trek. Let me describe the 18 day trek in a few words: warm, hot, sunny, raining, slippery, cold, hard, tiring, harder, challenging, informative, wet, very warm, snowing, freezing, full moon, clear starry nights, extremely hard, peaceful, windy, enjoyable, exhilarating, and LOVED EVERY MOMENT OF IT. Also the arrangements for our visit to Chitwan and Pokhara were wonderful. Thank you again to Babu and everyone involved with making this trek a great adventure.

Dear Babu, Our party of 10 friends (some of whom had trekked with Unique Path before) had a memorable 2-week trek to Gokyo Ri in April 2013. Everything was handled perfectly from the airport pickup and hotel stay in Kathmandu, to the emergency helicopter evacuation of one friend who became ill, to the hospitality and expertise of Jeevan and his two assistant guides, adapting to a change of route because of the snow level that prevented our crossing Renjola Pass, and ensuring that we all were safe and happy throughout the trek. The local porters were extraordinary, and Babu made sure our extra days before and after the trek were well organized and enjoyable. We highly recommend Unique Path Trekking and Expedition. Thank you,

Everest base camp trek, a super adventure full of enjoyable & exciting moment from the beginning to ...

Everest Gokyo Ri Trek features the unbelievable scenery of the remote Gokyo Valley and its festival of ...

Everest Panorama Trekking offers a variety of Himalayan flora and fauna After a short flight from ...

Everest Renjo La Pass Trek is certainly one of the most stunning mountain areas on earth This Everest ...

Rolwaling Trek is one of Nepal’s finest high mountain valleys West of the Khumbu, directly on the ...

Everest Gokyo Chola Trek gives you a grand tour of the famous Khumbu area This is a strenuous trek ...

Everest Jiri Trek, although relatively easy compared to some other treks, takes you up high along trails ...