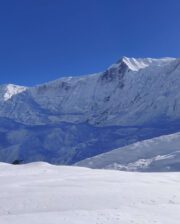 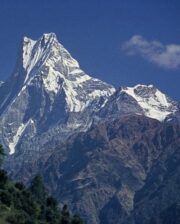 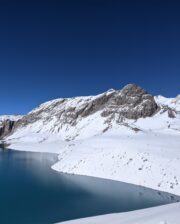 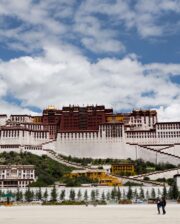 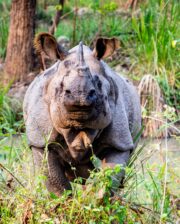 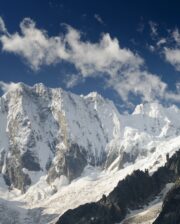 Nepal is undoubtedly one of the most beautiful nations in the world, with a climate and geographic layout that never ceases to enthrall. Along with Switzerland, which forms a rectangle on the southern slopes of the Himalayas, Nepal is one of the few places where you may have the best paragliding experience. Therefore, in this article, we will discuss the 6 best Paragliding in Nepal.

Pokhara, a popular tourist destination in Nepal, is recognized as the sixth greatest place in the world for paragliding. Pokhara, which is located at the base of the Himalayas, is also known as the second city of Nepal due to its popularity with tourists.

The lakeside community is renowned for having a climate and setting that are ideal for paragliding in Nepal.

Paragliding in Pokhara is one of the most popular activities among foreign tourists as well as Nepalese since it is the best site in the entire globe for seeing high mountains, and beautiful landscapes beneath the snow-capped Annapurna and Dhaulagiri Massifs, and pristine lowlands and fields. It is hence the adventure travel package in Nepal that is most frequently suggested.

Price for Paragliding in Pokhara

Some people’s budgets might not allow for paragliding. In light of this, Pokhara is the ideal location to do it if it’s something you’ve always wanted to do. Most likely, you won’t look back and regret it.

In Pokhara, there are 19 paragliding firms offering paid tandem flights, and regardless of whatever one you select, the cost (which includes transportation and insurance) seems to be set.

A leisure and competitive flying sport is paragliding. A foot-launched, free-flying aircraft is a paraglider. The fabric wing that supports the pilot is shaped by its suspension lines and the force of air pushing through vents at the front of the wing.

The pilot is hung below the wing in a harness. It doesn’t require any mechanics to fly a paraglider; all you need is the strength of thermal uplifts. The oldest human fantasy can be fulfilled by paragliding, and Nepal is the ideal location to revel in this exhilarating sensation.

As you soar through the clear, crisp air, you soar wing tip to wing tip with the eagles, a sparkling lake below you, and the intimidating Himalayan hills behind you.

A glider is a small, inflated wing launched by foot that is not powered. From a modest slope facing the wind, you propel yourself into the air. Fear of heights is typically not an issue because there are no abrupt drops, plunges, or a sense of falling.

Everyone who dives in is taken aback by how quiet and serene this experience is. So why not partake in this beautiful experience if you appreciate the thought of floating pleasantly among the clouds? Therefore, it is added to the 6 Best Paragliding in Nepal.

All of the pilots and guides have received extensive training and have knowledge of the Himalayas and local weather patterns. To ensure your safety and enjoyment, they operate with the utmost care.

Pohkara is where paragliding is practiced. Your starting point is Sarangkot, a mountainous town 25 jeep rides above the lake. 1600 meters above sea level is Sarangkot. Utilizing the thermals, you take off and ascend over Sarangkot to enjoy the breathtaking view of Annapurna, Dhaulagiri, and Manaslu.

Tandem paragliding from Nagarkot is an exhilarating activity that visitors to Nepal must try. Nagarkot provides a much-needed break and breath-taking Himalayan views apart from the city’s noise and bustle.

By participating in a paragliding trip in Nagarkot, you may add a little adventure. The Annapurna, Manaslu, Ganesh Himal, Langtang, Jugal, Rolwaling, Mahalangur (Everest), and Numbur ranges are just a few of the eight Himalayan ranges that can be seen from Nagarkot. Lapsiphedi (1,905 m) is the takeoff sight, and it’s 30 minutes by car from Nagarkot. Therefore, it is added to the 6 Best Paragliding in Nepal.

How safe is it?

Although there are risks involved, this high adventure sport is normally fairly safe. The pilots are highly skilled and certified worldwide. Before a pilot can become a commercial tandem pilot, they must have two years of experience.

Highlights of the Nagarkot Paragliding

Fly Like a Bird in one of Nepal’s most stunning cities with historical significance thanks to Bandipur Paragliding!

At Bandipur, Bandipur Paragliding provides paragliding services. One of the nation’s most historically and culturally significant regions, Bandipur is home to the ancient Newari culture. Therefore, it is added to the 6 Best Paragliding in Nepal. You can view the stunning rural Nepali scenery, which includes the foliage, greenery, and mountains, from the air in Bandipur.

Adventure-loving individuals have made paragliding a popular sport, and Dharan is no exception. In recent months, Dharan in the Sunsari region has seen an increase in the number of tourists interested in adventure sport. Flying across the sky of Dharan and its environs, such as Chinde, Danda, Gorkha Park, and Bhedetar, are paragliders.

“Even though Dharan tested paragliding flights in 2067 BS, its popularity has recently increased. As an alternative to Pokhara, Dharan might develop into a hub for adventure sports, according to paraglider Mani Kumar Jimi. The government and local authorities have been urged to maintain the area’s physical infrastructure and promote adventure sports by the paragliding industry.

Paragliding in the Godavari

Therefore, it is added to the 6 Best Paragliding in Nepal.

It is located at a height of 2100 meters. After about an hour’s drive from the center of Kathmandu, we arrive at the village of Godavari. After a 15 to 30-minute tandem flight, we return to Kathmandu via bus. As you take off, you’ll experience a bird’s-eye view and a sense of freedom. You will then touch down in Rasantar, Godavari, which has a runway and is well-maintained.

Highlights of Paragliding in the Godavari

One of the most well-liked tourist sites in Nepal is Kathmandu, the country’s capital and largest metropolis. In Kathmandu, you may go shopping, see temples, explore historical places, buy souvenirs, and engage in other activities. Similar to this, among other fascinating things, paragliding is one of the adventure activities to undertake in Kathmandu, Nepal.

In order to promote paragliding in the Kathmandu Valley, Kathmandu Paragliding was established in 2007. It is handled by highly experienced pilots and instructors.

Can you wear glasses paragliding?

Can I wear glasses when I’m in the air? a question that is frequently posed to us. The response is, “Yes, you can absolutely!” You can use your prescription glasses and sunglasses while paragliding and hang gliding, no issue.

How long is paragliding in Pokhara?

The paragliding destination and point of departure is Sarangkot in Pokhara. It is 1,592 meters above sea level. You will fly for 30 to 40 minutes while vultures, eagles, and kites share the sky with you. Being able to see towns, temples, and lakes from the air is a wonderful experience. Therefore, it is added to the 6 Best Paragliding in Nepal.

What do you wear while paragliding?

Summer Wear long pants and a long-sleeved top, bring a camera, sunglasses, and sturdy walking boots. It is advised that you wear footwear that provides some ankle support because you will need to run on a little uneven surface. They might be able to lend you footwear in a few sizes with advance notice.

Can you go paragliding in the rain?

Paragliding should be avoided in the rain since it could cause a drop to stall and things might get out of your control. Even the most experienced paragliders encounter difficulties when this occurs and are aware that flying in the rain is not advised.

How far is Pokhara from KTM?

Getting to Pokhara from Kathmandu. Although Pokhara and Kathmandu are only 126 miles (204 km) apart, the Nepali topography and road conditions make for an extremely lengthy journey. That is why a lot of people choose to fly. The following methods are available for getting between the two cities by either air or car. 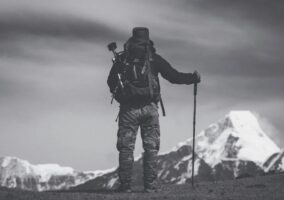 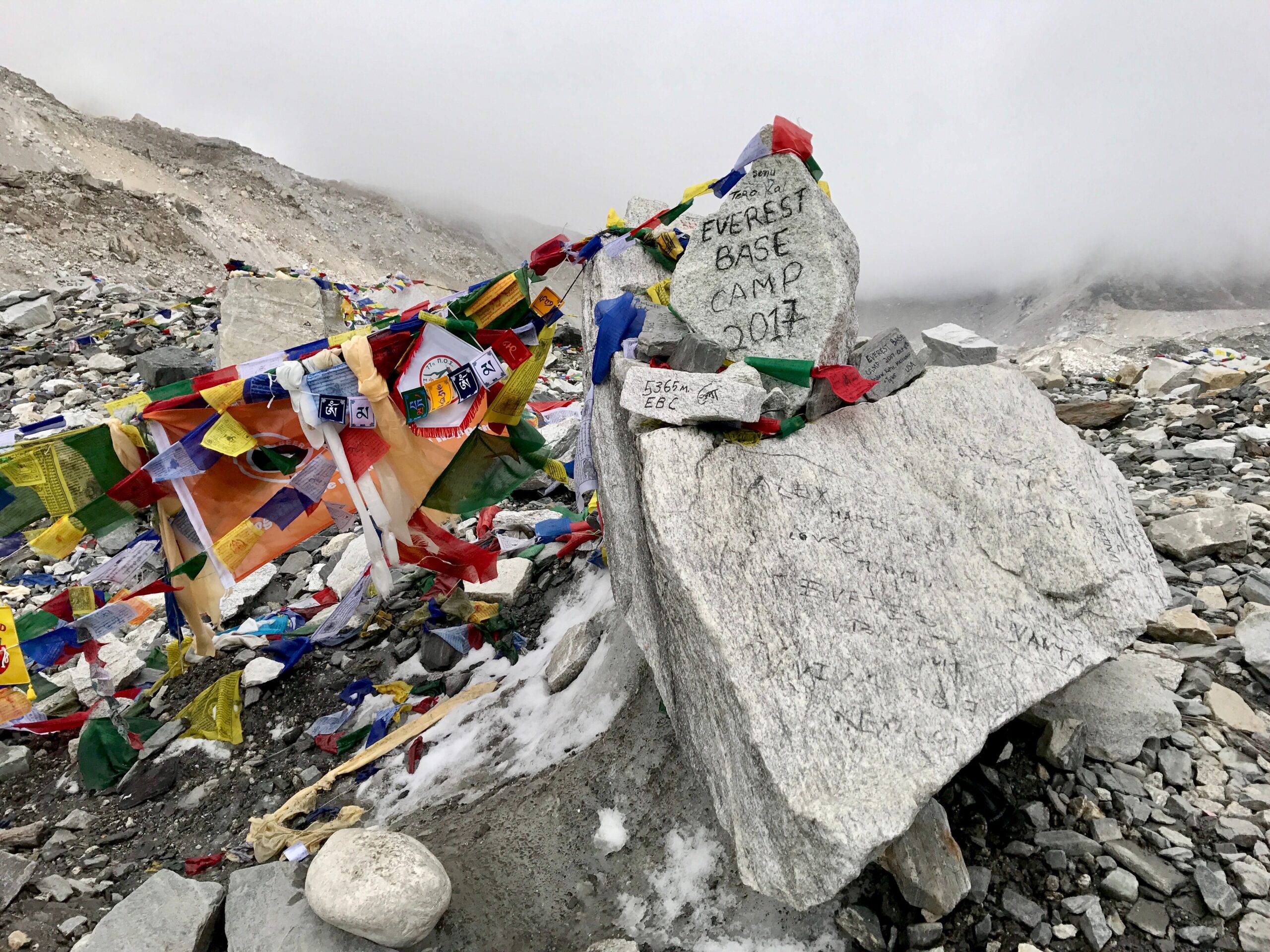 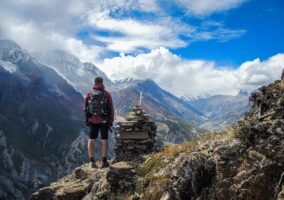